Are you looking for fantastic Look a Likes in Birmingham? Quinn Artistes supply a wide range of entertainment for all types of events including corporate entertainment, wedding entertainment, party entertainment, tribute bands, vocalists and the very popular singing waiters.

Book a Celebrity Lookalike or Impersonator for your Wedding, Corporate Event or Private Party and make it a star-studded affair! With our huge choice of Celebrity Lookalikes, Pop Star Impersonators and Meet & Greet Performers, you can add star quality to your Private Party, Wedding Reception, Tribute Night or Themed Event. From Prince William to Winston Churchill, Marilyn Monroe to David Beckham, hiring a Celebrity Impersonator is a brilliant way to impress at your Corporate Function, Product Launch or Wedding Reception. Imagine the amazement of your guests as they arrive at your event, to be greeted a VIP or Celebrity! Maybe you want to surprise a friend or family member by having their favourite sporting hero or pop star appear at their birthday party or wedding reception! All of our lookalikes not only bear an uncanny resemblance to their celebrity doubles but have also skilfully mastered their mannerisms and accents! They are so authentic, they will have you and your guests believing they are the genuine article! Create a real talking point as your guests mingle with TV Personalities, Actors and Pop Legends and make your party a memorable one. Choosing a Celebrity Lookalike will bring star quality to any event!

Have a look at our brilliant performers. 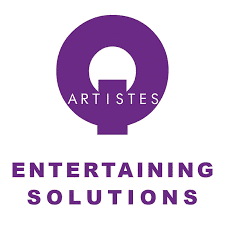 Quinn Artistes Entertainment Limited trade as an employment agency in compliance with the Conduct of Employment Agencies and employment Business Regulations 2003 (as detailed in Statutory Instrument 2003 No. 3319).

Designed by Element Media Limited for the Wonderful Quinn Artistes ©2020